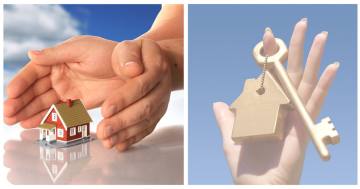 During the housing boom of the last decade Americans withdrew over $1 trillion in home equity. They did it through cash-out refinances, home equity loans, and home equity lines of credit. The latter allowed them to use their homes like an ATM. They spent the money on cars, televisions, vacations and fancy home upgrades. It was seemingly endless equity, until suddenly that equity was gone. But the Home Equity Line of Credit (HELOC) is back and millions of homeowners are tapping into their equity to put it back to work. Nationally there has been a 31 percent increase in HELOC's year-over-year. With home prices up 8 percent year-over-year in December, according to the latest reading from CoreLogic, homeowners are regaining home equity at a fast clip—1.4 million borrowers rose above water on their mortgages through the end of September. That number likely increased as price appreciation accelerated toward the end of the year. Unlike the equity grab during the housing boom, this is real equity that borrowers are tapping into.  During the housing boom, banks were relaxed in their valuation processes, often times only requiring a statistical valuation or at the most a drive-by-appraisal.  But not this time. After getting burned by their second lien positions, banks are making sure that the equity is really there and are using very strict underwriting guidelines.  The fact that under these new strict guidelines and appraisal scrutiny more and more HELOCs are being approved is another sign that the housing market has some real strength.

Mortgage backed securities (MBS) gained +15 basis points from last Friday to the prior Friday which caused 30 year fixed  mortgage rates to move sideways. We had our highest mortgage rates on Tuesday and our lowest rates on Monday. Weaker than expected Factory Orders coupled with the political drama out of Spain helped MBS to rally to their highest levels of the week on Monday (Higher MBS = lower mortgage rates).  But the market reversed course on Tuesday after a very robust ISM Services Index release (the services sector accounts for 2/3 of our economy).  This strong economic news caused bonds to sell off. For the rest of the week, we had worse than expected Initial Weekly Jobless Claims (which is friendly for rates) and a much lower than expected U.S. Trade Balance (which is non-friendly for rates).  As a result MBS traded in a fairly thin range.  Bonds effectively stopped trading early Friday afternoon as traders left NY ahead of the big storm.

The following are the major economic reports that will hit the market this week. They each have the ability to affect the pricing of Mortgage Backed Securities and therefore, interest rates for Government and Conventional mortgages.   We will be watching these reports closely for you and let you know if there are any big surprises:  It is virtually impossible for you to keep track of what is going on with the economy and other events that can impact the housing and mortgage markets.  Just leave it to us, we monitor the live trading of Mortgage Backed Securities which are the only thing government and conventional mortgage rates are based upon.